It is not surprising that people would want to know about Charles Dickens. He is one of the most influential English literary writers in history. He is a British novelist, editor, illustrator, journalist, and social commentator. His works are among the most famous literary pieces in the world. Despite having lived during the 19th century, his works are still read by literary enthusiasts all over the world.

About the life of Charles Dickens 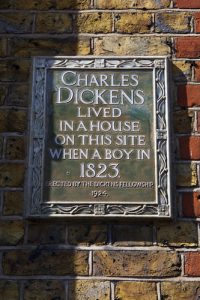 Charles John Huffam Dickens was born on February 7, 1812, in Portsmouth in England. He is the second of the eight children of John Dickens (naval clerk) and Elizabeth Barrow (aspiring teacher and school director). His family remained poor but lived a happy life. When he was 4, the family moved to Chatham, Kent where they spent their happy childhood. In 1822, they moved to Camden Town where their financial situation turned for the worse. His father started accumulating debt and was soon sent to prison when Charles was only 12 years of age.

Because of their financial situation, Charles was forced to stop his schooling to work for the family. He went to a boot-blacking factory that operated near the River Thames. He earned 6 shillings week and used it to support his family. While reflecting on this time, he felt abandoned and robbed of his youthful innocence. This is an important fact that should be noted about Charles Dickens. This was obviously a memorable time in his life because he kept on using it as a theme in his writing.

When his father was able to use his inheritance to pay off his debts, he was able to go back to school. However, at age 15, he was again forced to work in an office. But this was actually a good thing because it started his writing career.

He started out as a freelance reporter – focusing on the law courts in London. He then started reporting for 2 major newspapers in the same city. He started sketching by 1833 and submitted it under the name of “Boz”. His first published work is “The Posthumous Papers of the Pickwick Club”.

Dickens soon started to gain popularity and was asked to go on a lecture tour in the United States. He continued to write and sketch the whole time.

Charles Dickens married Catherine Hogarth and had 10 children with her. In 1858, he and his wife separated and he soon started a relationship with a young actress. He died at the age of 58 in Kent, England. He was in a train accident 5 years before his death and seemed to have never recovered from it. He is buried in Poet’s Corner at Westminster Abbey. His passing was witnessed by thousands of mourners and was also considered as an event worldwide. 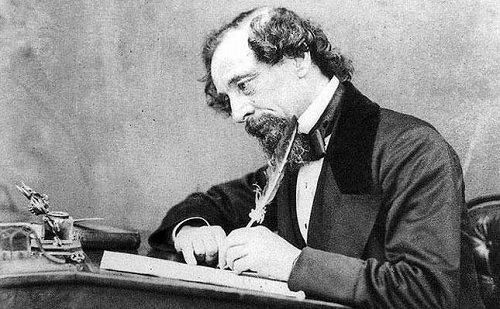 Obviously, knowing about Charles Dickens would mean getting to know his literary works. What set his work apart is the fact that it brought light to the underclass during the Victorian era. Somehow, it helped start changes in the social standing during that time.

Among the works of Charles Dickens, here are the most popular ones.

This is his second novel. It is about an orphan that was born in a workhouse. Because of financial issues, he was sold as an apprentice of an undertaker. He escaped and traveled to London where he met criminals and started living their sordid lives. This exposed the treatment done to orphans and child laborers.

This novella was published in London back in 1843. It is a story about Ebenezer Scrooge. He is a miser visited by 4 ghosts that sought to improve his disposition into a kinder and more gentle man. This story gained a lot of positive reviews. The publishing of the book was very timely because it was done during the month of December. The demand for the book was so great that it went through various editions within a year. It continues to be published today and used in various performances.

This is the eight novel written by Charles Dickens. It is actually a veiled autobiography of his life. Most of the events in the novel followed what happened to his own life. It was about a kid who had a miserable childhood but soon became a famous author. This is probably the reason why this is the favourite of Dickens among all his other publications.

There are other notable works that will tell you a lot about Charles Dickens. He is not only a talented writer he is also very conscious of what goes on around him. It is admirable how he is not afraid to use his talent to bring voice to those who are more unfortunate than him.