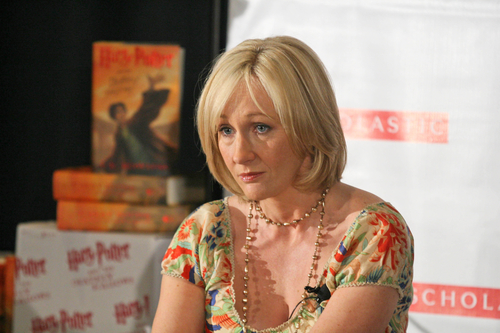 J.K. Rowling one of the most famous authors in the modern era. She is responsible for giving us the popular fictional character of Harry Potter – the Boy Who Lived. Since the publishing of her first book in 1997, she continued to gain prominence in the literary world and has since become one of the most influential women in the world.

The life of J.K. Rowling 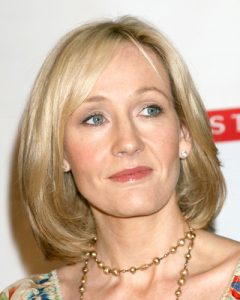 Born as Joanne Rowling on July 31, 1965, she lived with her younger sister, Dianne, and her parents in Winterbourne, Gloucestershire. When she was nine, they relocated to Tutshill.

Even at a young age, she remembered that she was always surrounded by books. Both of her parents loved to read. She is a self-proclaimed bookworm. While she was young, she always knew that she wanted to become a writer. In fact, she wrote her first book at the age of six and gave it the title Rabbit. When she was eleven, she was able to write a novel. It was about seven diamonds that were cursed and the lives of the people who owned them.

Given her passion for writing, her education was focused on Classic studies. She went to Wyedean Comprehensive School and got her degree at the University of Exeter. Apparently, studying French and the Classics helped her with the spells that she had to create for the Harry Potter series.

After living from one devastating personal event (death of her mother and her divorce from her first husband), J.K. Rowling got the idea to write Harry Potter while delayed on a train. She was traveling from Manchester to London King’s Cross during that time. This was back in 1990. It took her 5 years to plan out the 7 books that completed the series. She wrote the books using longhand and had a lot of notes – most of which were scraps of paper that she found whenever she got an inspiration.

J.K. Rowling as an author

It is no secret that the catalyst for the success of J.K. Rowling is the Harry Potter series. It was in 1993 when she first arrived in Edinburgh armed with 3 chapter of the first book – Harry Potter and the Philosopher’s Stone. With her baby daughter, Jessica, she tried to write as much as she can while taking care of her. Of all the literary agents she sent the three chapters to, only one expressed interest to see the rest.

When the book was published in 1997, it became an instant success. It was a bestseller and every book after that became one. Not only was the book popular in the UK, it became popular around the world. The book series broke a lot of records and continues to be sold all over the world.

The Harry Potter series was composed of 7 books:

The popularity of the book became even more pronounced after its movie adaptation was released. Since then, J.K. Rowling wrote other books to support the series – like Quidditch Through the Ages, The Tales of Beedle the Bard, and Fantastic Beasts and Where to Find Them. She also wrote a couple of adult books.

Apart from the books, she continued to influence a lot of people through her views on politics and current events. She is also a philanthropist – supporting various charity works. In fact, she lost her status as the first author billionaire because she donated so much to charity.

Without a doubt, J.K. Rowling is one of the most successful authors of our time. And it is inspiring to know that her life is not just defined by the success of her books. The way she chooses to help others after her success makes her one of the best authors to have ever lived.